The installation builds on its previous presentation in the exterior, where its essence was to capture the luminosity and the position of the Moon relative to the Earth at full moon and the subsequent transformation of these phenomena using a light analog projector. The output thus became a specific audiovisual installation.

One of the themes that appears in the installation is the reflection of natural cycles, influenced by the relationship of the Moon to the Earth. A lunar cycle that has undergone an evolution of opinion during its journey, from a spiritual to a pragmatically experimentally verified insight of society. It allowed us to view the moon's relationship with the earth as a formula of opinion that accelerates further into the future from its inception. And which in history has marked itself as one of the milestones in the perception of time or the observation of the gravitational energies associated with the full moon. However, the acceleration of thought does not narrow the range of topics such as the spearhead towards a single goal, on the contrary, the stream of opinions offers a branching range of views on this phenomenon to which we are exposed.

To better understand the role of installation in the context of fine arts. It is necessary to look into the range of interconnectedness of indirect influences associated with it. This satellite that anyone and anywhere on earth can watch. It is projected in all cultural (ethnic) strata. The connection to man, which is also evident in the elementary perception of day and night. Or inclusion in the context of religion. However, the installation does not aim to reveal in detail the socio-cultural horizons associated with this phenomenon. But to draw attention to their connection and mediation of the raw connection with the moon in its clearest full moon form. The moon then becomes the node from which the threads of context are led. The installation mirror will then facilitate the virtual connection and materialization of the abstract planes. The individuality of the viewer here represents a multitude of opinion stream which changes dynamically according to the number of users. 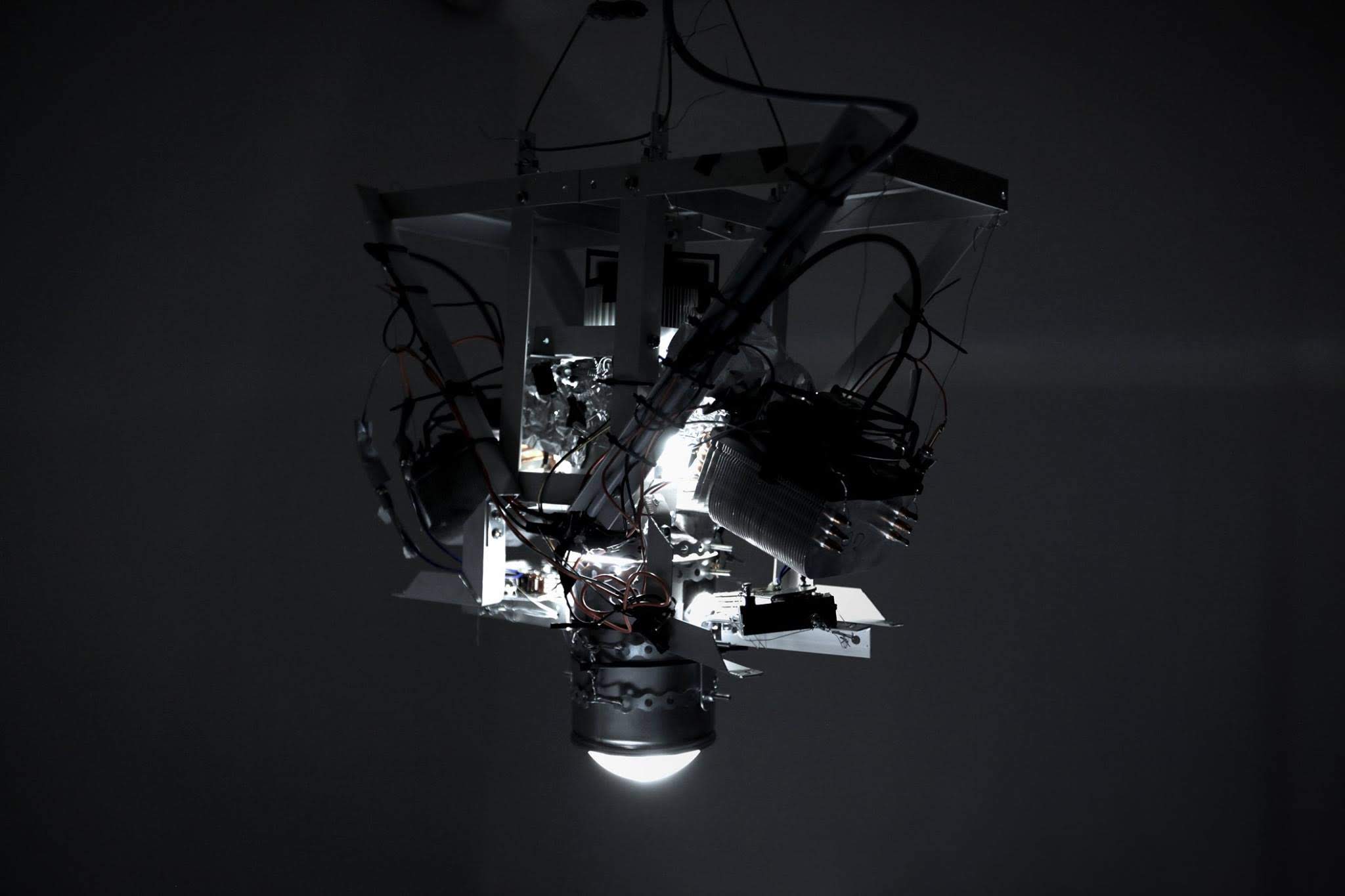