Technological immunity is represented by the top layer of the garment made of a coated fabric. Thanks to this material, the garment is able to significantly reduce the electromagnetic radiation that reaches or leaves the wearer. The shading makes Audire Fluctus a kind of invisible shell. The concept focuses on advanced technologies that use electricity to function, but also on electromagnetic waves - the part of the spectrum we use for data transmissions, phone calls or radio communications.

The lower layer of the garment works with the visible part of the electromagnetic spectrum. It is made of reflective fabric and can reflect light.

Wrapped in a golden cloak, the Audire Fluctus pilgrim is allowed to wander beyond the spectrum of technological perception, while being allowed to look beyond the imaginary boundaries of how we normally perceive technology.

The Audire Fluctus project was created in collaboration with fashion designers Ivou Burkertovou and Žil Vostalovou
Furthermore, the project could not have been created without the great support of Vodafone Czech Republic within the call #jetovtobě 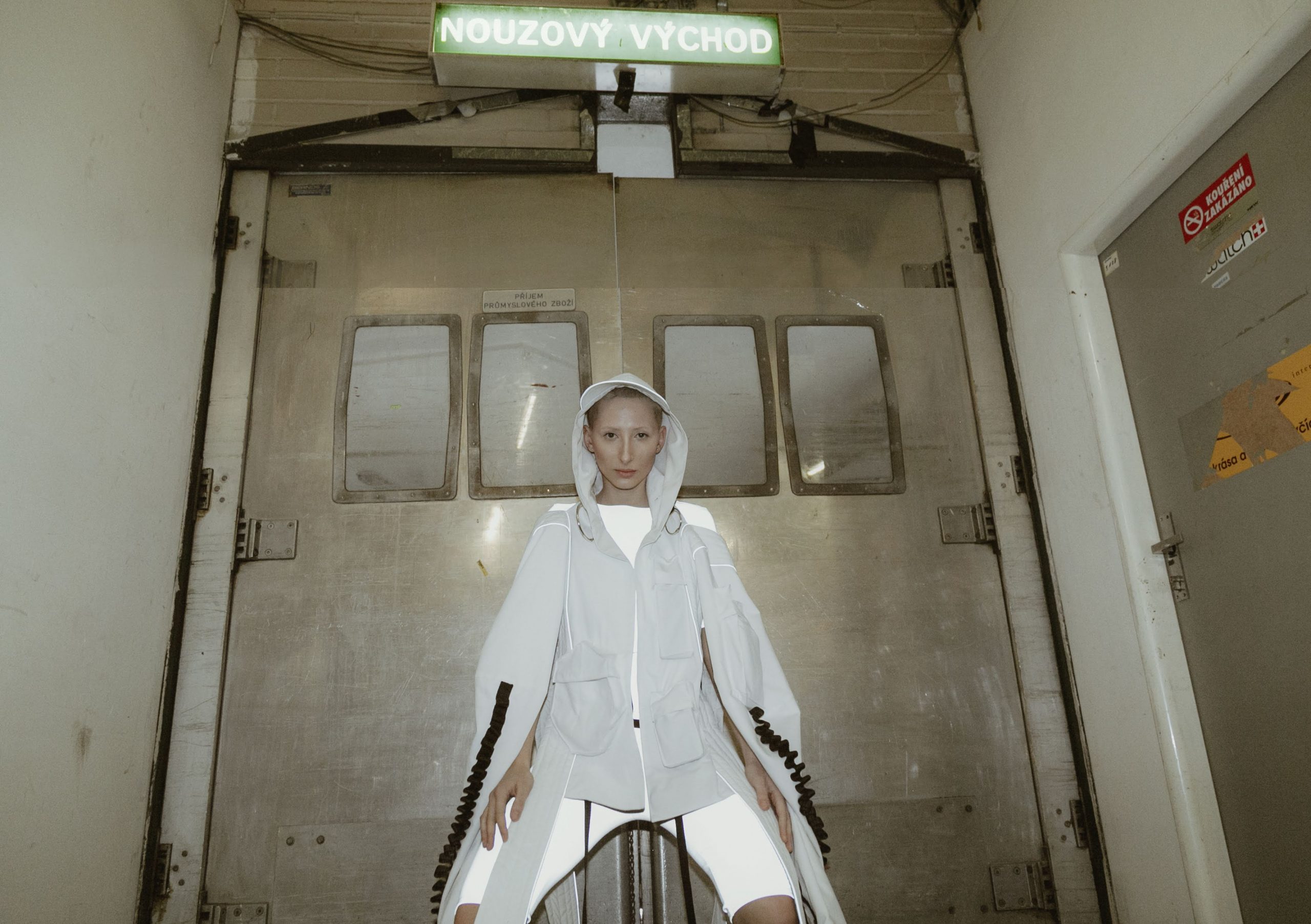 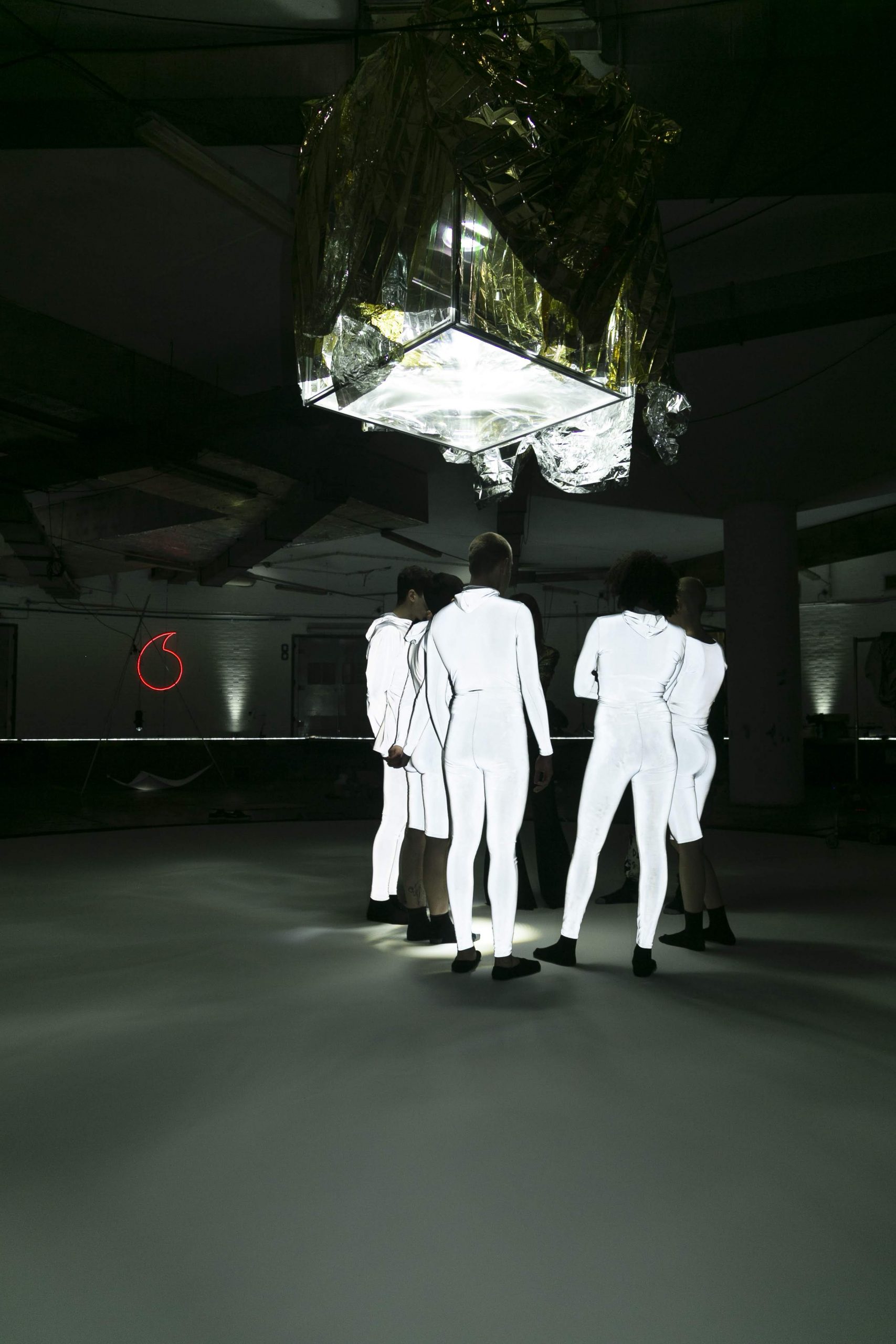 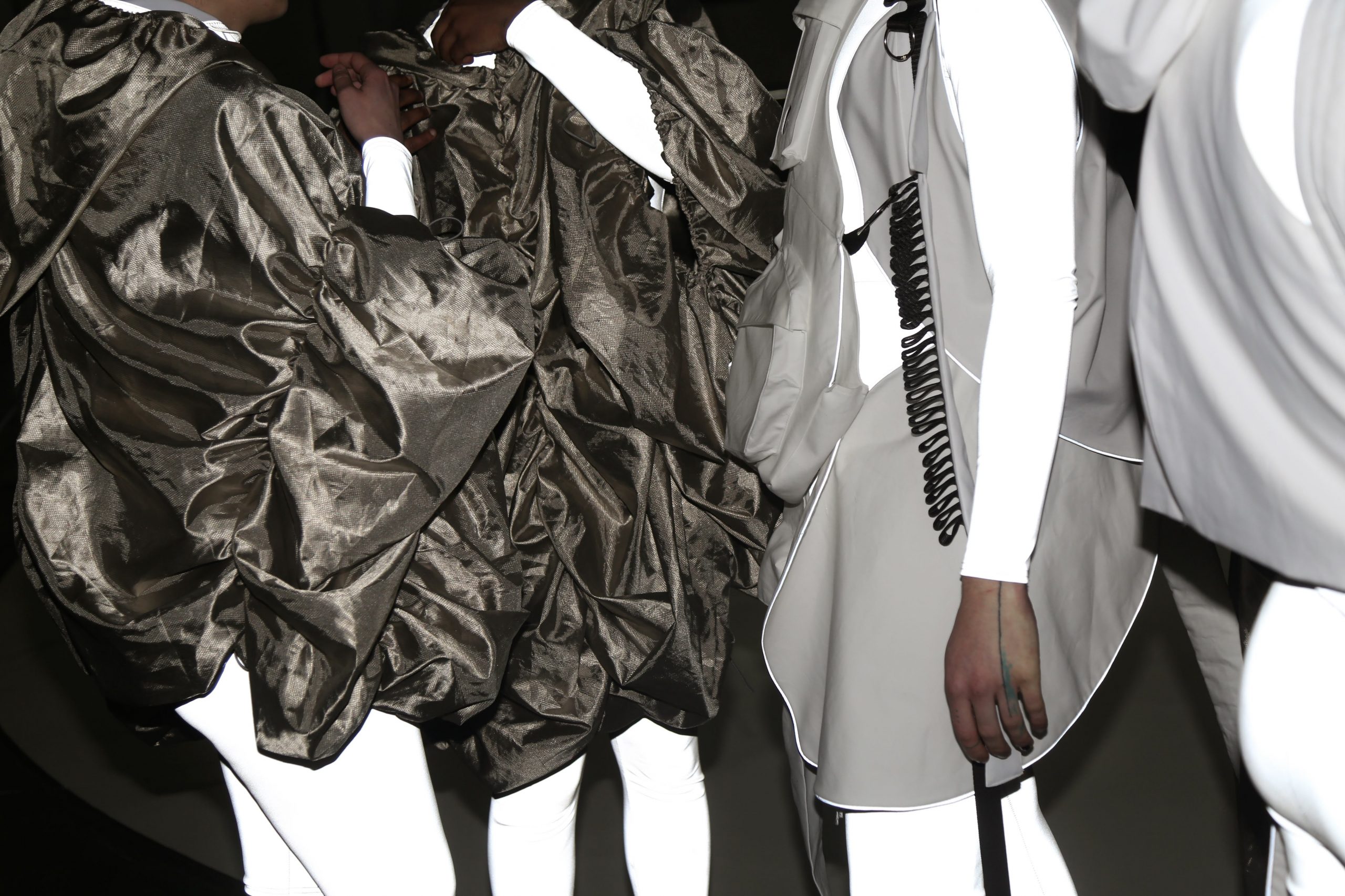 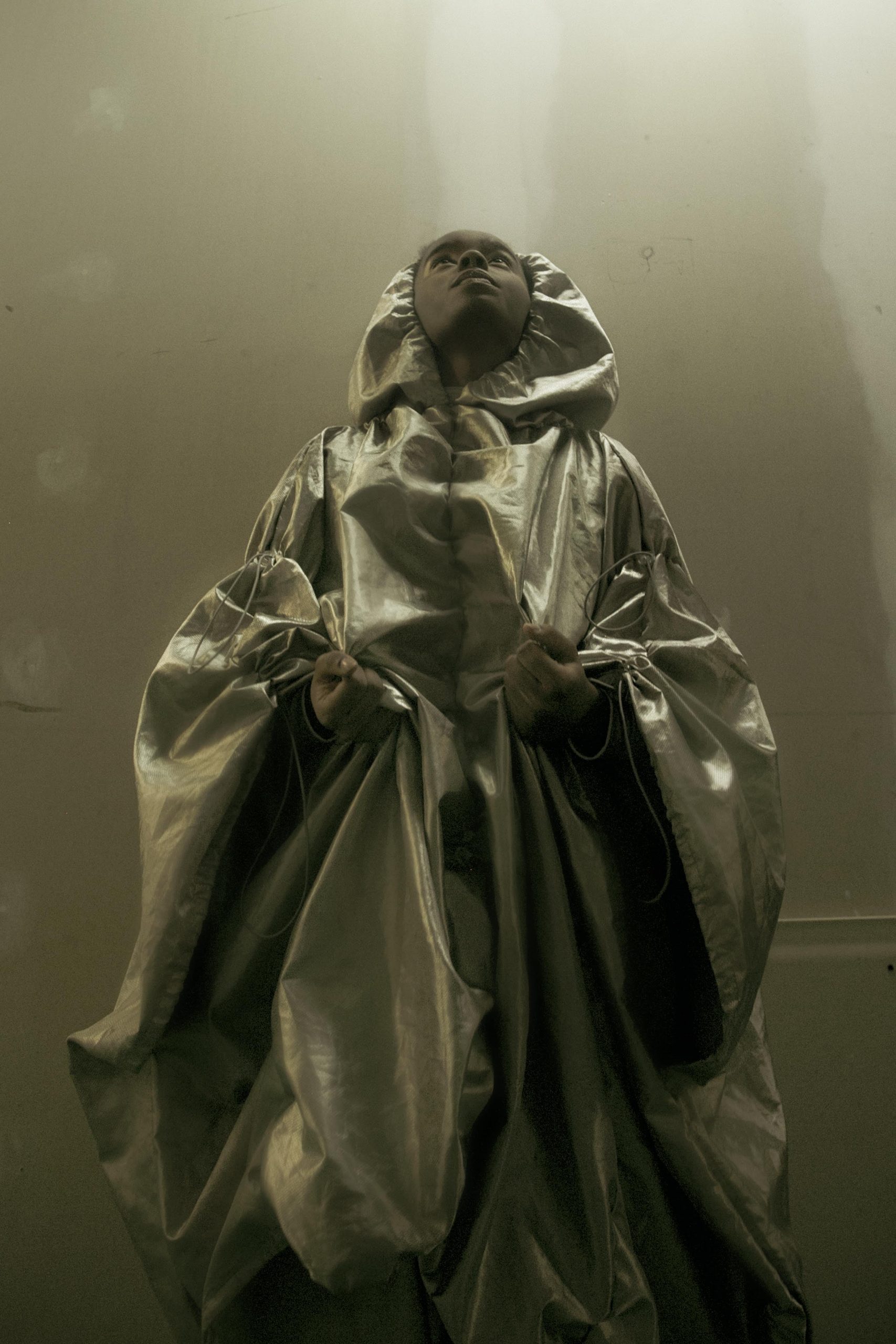