Bitcoin is an internet open-source P2P payment network and a cryptocurrency used in this network. The main uniqueness of Bitcoin is its full decentralization; it is designed so that no one, not even the author or other individuals, groups or governments, can influence the currency, counterfeit, confiscate accounts, control cash flows or cause inflation. There is no central point in the network, and no one can decide the network. Except for users and network miners, no one else figures.

Users are people who send money. Each user has one or more wallets that serve as payment addresses. Each wallet has a private and public key. If the user wants to send money, he takes the appropriate amount of his coins plus any fee and creates a transaction, which he signs with a private key. It sends this information to all nodes, users to which it is connected, they send it to others, etc. to the entire network. To the recipient, the information flashes almost immediately, in a matter of seconds, but the transaction has not yet been so-called confirmed.

The miners confirm the transactions of the network. The miner groups the transactions waiting to be committed, adds a knim reference to the previous committed block of transactions, and a data called a cryptographic nonce. It tries to find such a nonci that the hash of the new block fits below the set limit. The limit is set so that the whole network succeeds on average once every 10 minutes, so finding a suitable nonce is difficult, the more powerful the whole network is. The Miner who succeeds in finding the nonce and in creating and confirming a new block of transactions will retain all fees from the included transactions and the fee for confirming the block.

Bitcoin should therefore be an ideal universal, uncontrollable currency that has the potential to simplify the functioning of society at the financial level. This potential streamlining of trading could lead to savings in energy, time and other resources.

However, in order for the whole system to work, a constant external supply of energy is required due to the function of the already mentioned miners. Without it, their activity on which the system is built could not be performed.

If we perceive the currency as an element that allows the system to function as efficiently as possible and thus save energy, we are asked what the real value of this virtual currency is, even if the theoretical transition to this currency does not lead, despite decentralization and open source transparency. mass connectivity.

This association can be visually read in this installation by using Cycle. I work outside with an organic source of energy symbolizing the biological entity around us as well as human society operating outside.

Serially connected potatoes form a living battery that provides power to the computer, the machine, which displays the current rate of this cryptocurrency. The whole cycle reflects this issue, which is currently developing both in our territory and in the world.

In addition to a possible change in the financial system, it provides insight into the possible transformation of our thinking in the near future. 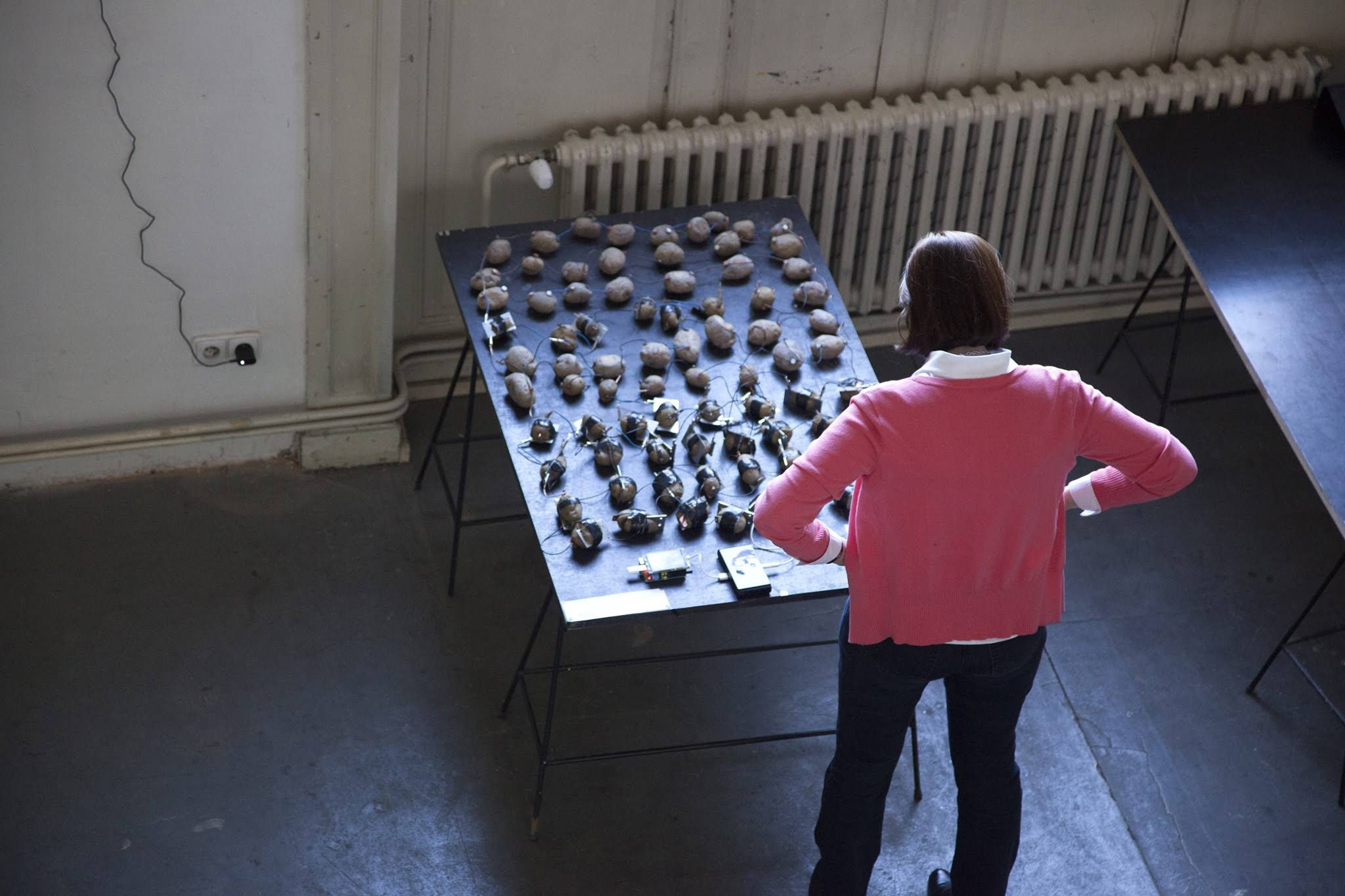